Franz Ackermann:  An avid traveler, Franz Ackerman, the Berlin-based artist presents distinct travelogues in the form of small, intimate watercolors and drawings.  Here is his kommt im lezten Moment, 2002, from his series so called “Mental Maps” which combines primarily geometric forms and more represtantational elements derived from urban structures.  Rather than rendering direct representations of his travels, the artist abstracts bits and pieces from the road, cultural impressions and his personal psyche offering to create a glimpse not of the place itself, but into the traveler’s mind.

Hope Atherton: Raised in Warrenton, Virginia and a graduate of Rhode Island School of Design, Hope Atherton presents three large-scale charcoal and ink drawings.  Often drawing from popular science-fiction imagery and narrative, Atherton challenges the ambiguous separation between the natural and the fantastic, creating a theater through which to experience the grotesque side of nature.

Hanne Darboven: Associated with conceptual art since her exhibition debut in 1967, much of German artist Hanne Darboven’s work originates from autonomous numerical relations personally devised from the individual digits that form a particular date in time.  Implicit within this concept, the artist offers a system to represent time as both the continuous flux of life and clear embracing order.  The Dia Collection in Beacon features her major work, Kulturgeschichte 1880-1983 (Cultural History 1880-1983), 1980-83.

Wim Delvoye: As evidenced by these 5 large-scale sketches, much of Delvoye’s work emanates from the confrontation between historical objects and contemporary references that seemingly have nothing to do with each other, thereby striking a balance between the reality of the moment and the romantic glorification of the past. Many of these sketches reference “Cloaca” (2000), his highly acclaimed 33-foot machine that simulates the human digestive function exhibited at the New Museum in 2002.

Guillermo Kuitca: Mapping—geographical and architectural--has been a motif throughout much of the artist’s 25-year career, evident in these recent works on paper from a series called “Global Order.”  These involve both digital and manual techniques.  By altering photographic paper, Kuitca dissolves, breaks and melts his images.  His Reina Sofia retrospective is currently on view at MALBA, Buenos Aires.

Michael Landy: On view is “Nourishment”, a group of 12 etchings produced by English artist Michael Landy and published by The Paragon Press.    The artist began his meticulous study by picking each weed from the city streets—obscure bits of nature found amidst commercial waste (discarded candy wrappers, cigarette butts and soda cans). Through meticulous study, Landy documents every fibrous hair and root stem, elevating a plant normally despised by culture to a place of reverence.

Richard Tuttle: This suite of seven from “Thirteen Spiral Drawings” made of graphite and gouache on paper was originally shown in New York in 1975.  Their geometric shapes vie with the marks of the human hand to demonstrate the artist’s investigation of irregular shapes and contours in space.

William Wegman: Wegman uses found postcards from his extensive collection to generate his own painted landscapes.  He enhances and embellishes a detail from one card which connects to the next, weaving in and out of each found image into the painted landscape. A medieval Swiss castle shares the road with with a French chateau or an indoor Olympic swimming pool nestles between the chasm of the Grand Canyon creating a scrapbook of imaginary travels and memories. 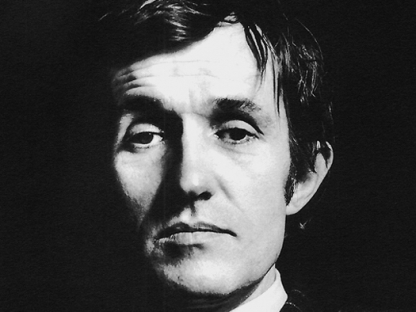 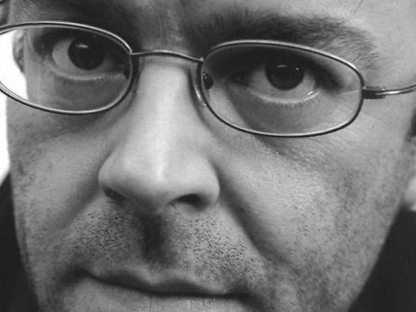 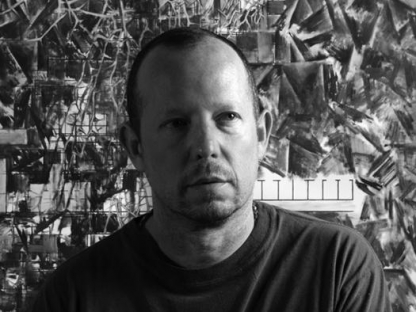 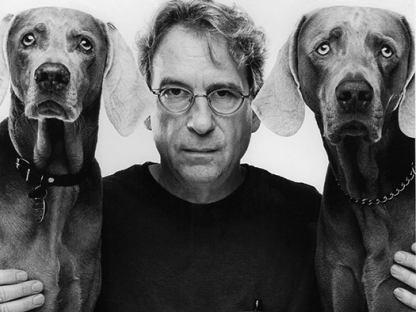